Great Britain come into 2016 Davis Cup as the defending champions and they have so far put up a strong fight. Team GB has also shown that they mean business by announcing an extremely strong five-man squad featuring one of the world’s best players, Andy Murray. The Scot is clearly one of the best players taking part in the latter stages of the Davis Cup. The world number two is at the peak of his powers: a fact demonstrated by the three Grand Slam victories he has had since 2012. Murray, though, is yet to win the Australian and French Open titles.

Murray entered into the art of winning Grand Slams with the US open in 2012. Since then, he has won the Wimbledon title twice, thus ending the long wait for a Brit to win the title. Murray had to wait a long time and several criticisms before he ended up being a champion at the All England Club. The 29-year-old has had a significant boost to his world rankings after winning his second gold medal in an Olympic tournament at the Rio Olympics. A victory at the Davis Cup 2016 is essential for Murray after having exited the U.S. Open 2016 at the quarter-final stage.

Murray was initially successful at the 2012 Summer Olympics in London as he managed to beat Roger Federer for the gold medal. He successfully defended his title as the top tennis players by beating Juan Martín del Potro on hard courts at the 2016 event in Rio de Janeiro. It is quite feasible that Murray may come up against del Potro once again, but in the Davis Cup, as Argentina and Great Britain face each other in the semifinals. Since the semifinals at taking place in Glasgow, there is likely to be immense support for Murray as the local boy. 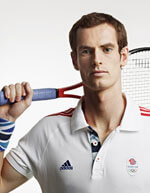