Jamie Murray is the second representative of the Murray family at the Davis Cup 2021. Even though Jamie is less famous than his younger brother, Andy Murray, it does not make him a weakness in the Team GB squad by any means. Jamie Murray is in the five-man squad announced by Team GB clearly on merit. Even by the players’ own admission, he feels that he is starting to step out of the Andy Murray shadow. The 2021 Davis Cup could be the defining moment in the career of Jamie, which has seen an incredible rise in 2016.

After managing to win the first Grand Slam of his career in the form of the Australian open earlier this season, Jamie Murray has gone on to win the U.S. Open for the first time in his career. Jamie has been close to topping the ATP world rankings once again and this latest victory is expected to significantly improve his current fourth position. Jamie was rated as the world number one back in April. There has been a tremendous shift in the quality of play from the 30-year-old over the last 12 months. He ended up as the losing finalist in two Grand Slams last year, but he has now progressed into a winner.

His current form will be a major boost for Great Britain, especially in the semi-final against Argentina. The game will be held at Glasgow making it a home match for both the Murray brothers. Fatigue could be a problem for the Murray brothers, especially after their recent exploits at the Rio Olympics and US Open; Jamie Murray has the biggest problem since the Davis Cup semi-final is only five days after the men’s singles final at the U.S. Open. Jamie Murray will have to rely on the experience from playing in the quarter-final and final of the 2015 Davis Cup. 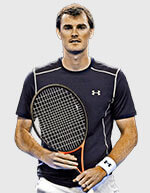