An experienced campaigner from Argentina, Leonardo Mayer has the potential to hit greater heights than his current form suggests. The best period for the 29-year-old came in 2015 when he achieved career-high rankings from ATP. Since then, he has fallen way short and is currently placed at 122 in the rankings last updated during August. The 2015 campaign was a relatively successful period for the 29-year-old, but the current campaign has been one of the worst, judging by his Grand Slam appearances. Mayer has exited all the 2016 Grand Slams in the 1st round while he did not feature at the U.S. Open.

One primary reason for Argentina calling up Mayer despite his poor performance is the experience and knowledge about the Davis Cup. Mayer has been a regular at this tournament for more than a decade. He featured in the quarter-final of the competition straightaway before going on to achieve three semi-final finishes in 2010, 2013, and 2015. He has managed to win seven games and lose three in the Davis Cup history. The lack of a major title could be a hindrance when it comes to leading Argentina at a major tournament like Davis Cup. On the doubles front, Mayer has little form in 2016 with no appearances at the French, Wimbledon and US open.

The sixth-seeded Argentina could turn out to be a surprise and it would not be the biggest gamble to back the South American at the 2016 Davis Cup due to presence of the players like Mayer. The 29-year-old has managed only one major victory over a top opponent and this came in the form of a win against David Ferrer in 2014. The lack of a big-game experience could be one of the factors that could hurt Argentina in the latter stages of the Davis Cup. 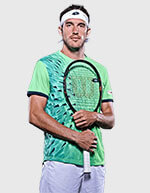