Marin Cilic is regarded as one of the greatest Croatian professional tennis players around. An ever-present member of the Croatian Davis cup team for the last decade, Cilic narrowly missed an opportunity to win the Davis cup title in 2005. He became a regular fixture in the team only from the 2006 campaign. Yet, Cilic has been immensely successful on a personal level by lifting aspects like the U.S. Open. It remains his biggest achievement till date, but he came close with a semi-final finish in the 2010 Australian Open and the 2015 U.S. Open.

2008 marked his first ATP singles title. He reached the semi-finals at the Chennai Open, in both doubles and singles. He was eventually defeated by Mikhail Youzhny, and the experience helped him reach the Australian Open that year, taking out two seeds. He also made it to the 4th round of Wimbledon in the same year. He was ranked No. 39 at the end of that year.

Croatia will not be meeting Great Britain in the semifinals, but there is a possibility of a meeting in the finals. It could potentially see Cilic come up against Andy Murray in a rematch of the 2016 Western & Southern Open final. Cilic managed to win his first Masters 1000 title by beating the world number two back in August. The successes in the last two years have helped Cilic remain in the hunt for a top 10 position in the world rankings. Cilic’s best ranking came in 2014 when he was placed at eighth, following the U.S. Open success.

One of the biggest disappointments for Cilic might be the French Open where he struggled time and time again. His best record in this competition has been a fourth-round appearance, which he has managed thrice already. Meanwhile, has been unable to get past quarter-final stage at the Wimbledon after three attempts with the latest coming in 2016. 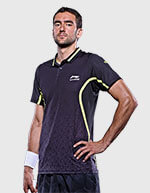