Highly regarded for his volleying and serving skills, Nicolas Mahut is likely to be a candidate to watch out at the Davis Cup 2016. France are very keen on ending their disappointing run in this competition and Mahut would especially be useful in the doubles rubber. His ranked 40th in the world when it comes to singles, but his speciality has always been the doubles game. Ranked as number one in the world, Mahut has held this position for a considerable period of time.

The successes in 2016 – primarily the Wimbledon title – have enabled Mahut to be a strong contender to help France succeed against Croatia in the doubles semi-final. The Australian Open and the French Open in 2016 may have been a disappointment, but Mahut came close to winning the U.S. Open after managing a semi-final finish. At 34 years of age, he has all the experience required to guide France through a difficult semi-final tie and potentially to the final where they could face Great Britain or Argentina.

Mahut holds the record for the longest professional tennis game recorded in history, which was a match against John Isner at Wimbledon 2010. The player also holds the record for the most number of points (502) from a single match in the history of the game. Mahut, though, struggles when it comes to the singles game. He has never managed to reach even the quarterfinals of a Grand Slam and one of his best finishes was at Wimbledon 2016 when he reached the fourth round.

Mahut is also a very tactic doubles player, reaching his career high of World No. 1 on June 6th, 2016. His wins with Arnaud Clement, Julien Benneteau and Edouard Roger-Vasselin are notable. He is currently coached by former players Nicolas Escudé and Thierry Ascione. 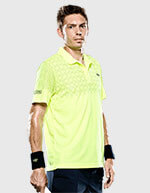