France are likely to take Pierre-Hugues Herbert to the Davis Cup 2016 semifinals after having witnessed player’s extraordinary partnership with Nicolas Mahut in 2016. As a pair, they went on to dominate Wimbledon 2016 and almost claimed victory at the recent U.S. Open. Herbert was not into doubles game initially and he had only a handful of games before being an ever present at ATP World Tour Masters 1000 doubles events in 2016. The 25-year-old has enjoyed a lot of success only after he entered into a partnership with Mahut.

The French professional tennis player reached his career high singles ranking of World No. 75 in early July 2016. He’s got plenty of potential and energy and we might see him far above his actual ranking.

It is looking very unlikely that the partnership will break in the near future, given how successful it has been. After managing to win the likes of Indian Wells, Miami, and Monte Carlo, Herbert has managed to achieve second place in the doubles ranking – only behind Mahut. The pair was losing semi-finalists at the Madrid Open. The incredible understanding that Herbert seems to have stuck with Mahut could pay rich dividends against Croatia in the doubles game. Herbert has not had much of a presence in the singles game after largely finishing in the third round of Grand Slam events.

In terms of singles, some of the few victories that Herbert has managed to achieve have come in the Singles Challenger titles against the likes of Vincent Millot and Marsel İlhan. Even though the doubles game may have little impact on the overall result, having a sensational pair like Mahut and Herbert would always work in favour of the team. 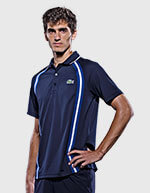